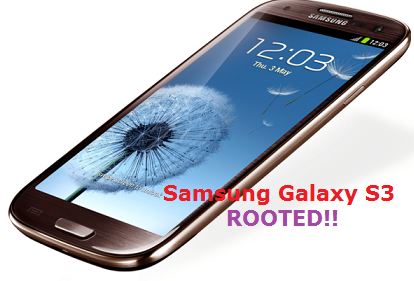 There are so many benefits of rooting your Samsung Galaxy S3 smartphone like as allowing third party apps, tweaks, themes, Android Emulator games and you can also customize or personalize your phone according to your needs. But It will void your warranty, as It rooting will trigger KNOX system. It is highly advisable to first take backup of your entire data and charge that to at least 90%, so that during the time of rooting it won’t switch-off. 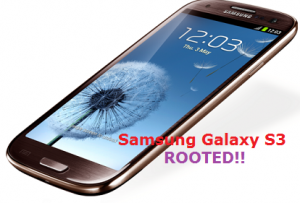 S3 is available with gt-i9300, gt-i9305, gt-i8190, gt 19305 models and It has expanded hardware, additional software features, and a redesigned look from the Galaxy S2. It offers a 4.8 inch touchscreen, intelligent personal assistant (S Voice), wireless charging option, eye-tracking ability, and increased storage. The RAM and the processors vary with countries, and so does the 4G LTE support. This mobile phone was originally launched with the Android 4.0.4 Ice Cream Sandwich and can be updated to Android 4.3 Jelly Bean.

The updated version of Android, is available in the market for the Galaxy S3. After rooting the device, it is advised to flash a custom recovery in order to download and install the new custom ROMs. Some of the widely used custom ROMs used are Paranoid Android, CyanogenMod,Omni, and Carbon. You should not however try to root other Samsung deices or any other devices for that matter using the files discussed in this article.

At first you have to disable the Samsung KIES program in your computer. Then disable the antivirus you are using. Enable the USB Debugging from the Developers Options. The phone’s battery has to be at least 50 % or it will switch off in the middle of the process. Rooting the device may revoke the warrant, and you need to flash an official Samsung Android ROM operating system.

How to root your Galaxy S3 android phone?

To smoothly root your device, just follow the understated steps, and do not skip any, as it may cause unwanted problems.

Congratulation! You have successfully root your Galaxy S3. Now you can Now you have administration rights and you can do anything with your Android operating system. You can edit or modify system settings, architecture and much more.