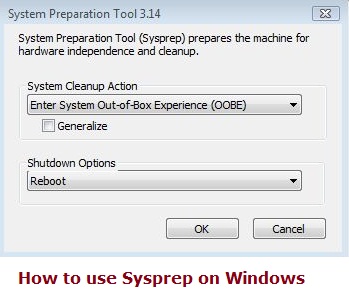 The System Preparation Tool which is also known as sysprep, is primarily meant for OEMs and System Administrators in Windows. 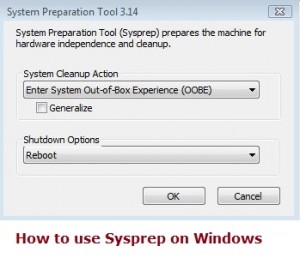 This tool can be found in \Windows\System32\sysprep folder. This tool is not known to many, although being quite easy to download and install. Alone this tool has limited functions, but with an answer file, the limitation are lifted, and a lot of things can be done with this tool. It won’t require any windows 7 iso file.

What is the usage of Sysprep ?

However some of the users are not comfortable using sysprep, as they are not confident. Here are some steps which will help to run sysprep properly.

Although one can download the sysprep from the internet, Microsoft has incorporated this function along with the operating systems since Microsoft Windows Vista. As stated above one can find the sysprep in \Windows\System32\sysprep folder. So there is no need to download and install sysprep on a machine that has windows 7 or 8 pcs.

Microsoft doesn’t support some of the scenario of Syspreps and which you have to take care. Please check KB180962 to get more information on how to easily identify installation of Windows on your PC using System Preparation Tool.